10 Early Warning Signs of Alcoholism That You Should Know

By admin
Posted September 23, 2018
In Alcoholism
10 Early Warning Signs of Alcoholism That You Should Know2018-09-232018-09-09https://alcoholrecoveryservices.com/wp-content/uploads/2018/11/2018realhoperecoverylogo-white.pngAlcohol Recovery Serviceshttps://alcoholrecoveryservices.com/wp-content/uploads/2018/09/warning-signs-of-alcoholism.jpeg200px200px
0
0

Because alcohol is both legal and socially acceptable, there’s a common misconception that it doesn’t pose as big a threat as other illegal drugs. The fact of the matter is that alcohol addiction is extremely dangerous and even fatal.

Alcohol’s social acceptance may also make it hard to tell if someone has a problem. However, a shocking one in eight adults in the U.S. is an alcoholic.

If someone you know has an alcohol problem, the most important thing is getting immediate help. But how do you know if there’s actually a problem?

To help you out, we’re breaking down ten early warning signs of alcoholism.

If a person suddenly starts falling behind on their responsibilities, this is a good sign they may have a problem. This is especially true if they’ve always been very diligent and hard-working.

Some examples could include performing poorly at work or calling in sick frequently. Or, they may start neglecting school work or failing classes.

A person with an alcohol problem may also start to skip out on social engagements. This is a sign that alcohol has started taking priority over other things or that they’re frequently hungover.

Excessive alcohol consumption tends to make people irritable or aggressive. This may lead to problems with family members or friends.

Many times this happens because the person is unhappy with his or herself for allowing the alcohol problem to get out of hand. This can lead to tension in a relationship.

A person may also have a falling out with friends because of erratic behavior or simply because they’re now hanging out with other drinkers.

An extremely high tolerance is a tell-tale sign of alcoholism, especially if a person’s tolerance was previously normal.

If you notice a loved one continuing to drink once everyone else is stopped, this is one of the early signs of alcoholism. You may also notice they don’t seem drunk after several drinks. Because their tolerance is higher, they’re able to drink more and not seem intoxicated.

It’s very common for a problem to start when a person begins using alcohol as a means to relax. It could be a way to unwind after a long day at work or to forget about an argument or confrontation.

Eventually, the person will reach for a drink any time they’re under a lot of stress. They could also use it to cover up other emotional issues such as depression or anxiety.

If you notice someone frequently turning to alcohol when they’re having a rough time, there’s a good chance they’re becoming an alcoholic.

5. Hiding or Lying About Drinking

Alcoholics often deny they have a problem. This leads to them either lying about how much they drink or hide their drinking.

You may notice a loved one becoming more isolated and staying in more than usual. This is a sign they’ve started drinking at home in order to keep their problem private.

When asked, a person may downplay how much they drink. Their goal is to keep the attention off them and their drinking.

If you notice a loved one drinking to the point of unconsciousness on a regular basis, it’s time to intervene. This is a sign they’ve developed an addiction to alcohol that’s beginning to get out of control.

There are a few reasons why someone drinks to this degree. Either their tolerance has increased to a level where they must consume a huge amount of alcohol or they’re covering up another issue by drinking.

Regardless of the reason, you need to intervene right away. Drinking to this degree is very dangerous.

Familiarizing yourself with common alcohol withdrawal symptoms is important if you suspect a loved one has a problem.

Common behavioral symptoms include anxiety or irritability. A person may also show signs similar to depression.

There are also some physical withdrawal symptoms you can keep your eye out for. The most common include shakiness, fatigue or excess sweating. A person may also suffer from insomnia when going through an alcohol addiction.

Many alcoholics begin doing things they would have never done in the past. This behavior tends to be unpredictable and sometimes dangerous.

The most serious of these acts is drinking and driving. A person may begin to feel they’re invincible and that driving under the influence poses no danger.

Other types of risky behavior may include consuming other illegal drugs while drinking. It could also include irresponsible sexual encounters or criminal activity.

If a loved one starts exhibiting this type of behavior, they’re now a danger to themselves and others around them. It’s time to intervene.

Another of the typical signs of an alcoholic is a sudden change in appearance. This usually involves falling behind on personal hygiene or an overall disheveled look.

You may also notice a loved one frequently looking tired or sickly. This is a sign they’ve been drinking regularly and neglecting their basic needs.

A person may also have a sudden fluctuation in weight. Alcohol contains a lot of calories, which causes some people to gain weight. On the other hand, they could lose weight if they aren’t eating properly.

A person who’s drinking excessively on a regular basis will often have memory loss. They’ll also mix up dates and events.

This typically happens after someone has become completely addicted. In severe cases, a person can actually develop permanent memory loss.

Know the Warning Signs of Alcoholism

Understanding the warning signs of alcoholism is the best way to prevent someone from spiraling out of control. If you suspect a friend or family member has developed a drinking problem, look for one or more of the signs above.

Fortunately, catching alcoholism early on makes recovery much easier. Don’t be afraid to step in if you think a loved one has become addicted.

We provide substance abuse treatment options in the San Diego area. Contact us to learn more. 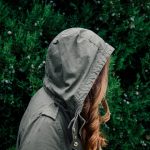