The line between abuse and addiction is really blurred when it comes to someone’s drinking or drug habits.

As someone’s friend, you have the unique ability to tell when that person’s personality and behavior changes and it’s not always easy to just tell them to go to rehab.

Here are 8 signs that you should get help for your friend.

1. They Have Driven A Car While Under The Influence

Driving while under the influence is not only a serious crime but it’s a danger to your friend and everyone else on the road.

No matter how great a driver your friend is, their judgment and hand-eye coordination don’t work that great when their mind is being fogged with substances.

If your friend is trying to drive under the influence it’s time to take their keys, and then talk to them about going to rehab.

Driving under the influence is just the first of the issues that may occur. Their health will probably go into a steady decline.

2. If They Suffer From Health Problems Due To Their Abuse

If you’re around your friend a lot you will notice a decline in health. This can go from withdrawal symptoms and escalate.

Listen for headaches, nausea, cramps, insomnia, and irritability. These are all signs that your friend hasn’t gotten their fix in a while. Withdrawl symptoms are how the habit keeps their hold on your friend. Recommend them to a detox program.

Drugs are harmful to the body and will cause health issues eventually. Alchohol causes issues with the heart, liver, and brain for example. Don’t ignore declining health signs in your friend.

Your friend’s health isn’t the only thing they may have to worry about leaving them. They may start to push their friends away.

3. Their Family Is Slipping Away

When addiction sets in, people tend to push their family and friends away. If you’re noticing fights breaking out between your friend and their children or spouse this is a sign of a serious issue.

If their spouse comes to you for advice on what to do or how to help your friend. Work closely with their spouse in that case. When the spouse is ready to sign the divorce papers, then it’s time to intervene.

Their family may not be the only thing they put on the back burner. They’re known to miss school and work.

4. They Are Missing School Or Work

If you work or go to school with your friend and have noticed that they’ve stopped attending, that is a clear sign of substance abuse. You should visit them at least and ask where they have been.

Chances are if they’ve been threatened to be kicked out of school, or fired from their job, they will come to you to rant about it. Listen to their plight and then suggest they go to rehab.

Things can escalate from there and worst case scenario if they don’t hurt themselves, they may end up behind bars.

5. Their Freedom Has Been Threatened

They might have been arrested for driving under the influence or while being intoxicated in public.

If they are already under probation or parole, the police being contacted can easily put them back behind bars. It’s your job to convince them that a program is a better alternative than prison.

Drugs can cause really horrible psychotic issues. They mess with your head and can cause you to harm yourself and others.

6. They Have Harmed Themselves Or Others

Your friend would never forgive themselves if they actually hurt someone they loved due to substance abuse.

It’s because that they may harm themselves or their loved ones that they’ve probably tried to stop. Sometimes, this doesn’t always work out.

7. They Tried To Quit But Failed

There maybe have been times when they’ve tried to stop themselves from doing drugs and failed. This means that their body is physically addicted to the drug of their choice.

They probably experienced nasty withdrawal symptoms when they tried to stop the drug on their own. These are all signs that they need to get help right away.

When they’ve failed to quit but told you they did, they may try to cover it up with a lie.

8. You Know They’ve Lied To You About It

People have all kinds of tells when they are lying. Usually, this twirling their finger around their hair, not being able to look you in the eye, their chest turning red. All of these are signs to look for.

People don’t really lie unless they have something to hide. They might tell you that they’ve stopped using, but they really haven’t. This shows that it’s time to hold an intervention.

9. Get Your Friend To Go To Rehab

If you or someone you love is struggling with trying to stay sober, check out these 10 pieces of advice that you or they can take to heart. 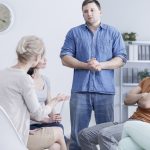 Tips on Staging an Intervention for Someone Struggling with AddictionAddiction 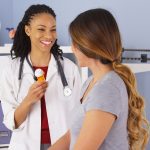 The Benefits of Medication Assisted Recovery for Opioid AddictionAddiction