Facts about Alcohol and Drug Abuse

By admin
Posted May 20, 2015
In Infographics
Facts about Alcohol and Drug Abuse2015-05-202019-10-26https://alcoholrecoveryservices.com/wp-content/uploads/2018/11/2018realhoperecoverylogo-white.pngAlcohol Recovery Serviceshttps://alcoholrecoveryservices.com/wp-content/uploads/2015/05/Facts-about-Alcohol-and-Drug-Abuse.jpg200px200px
0
0

Nowadays, drug and alcohol addiction has been one of the major problems of United States and every once in a while, we drink. We drink wine at dinner; we have a few drinks after work; or drink while watching a ball game. This is where the pattern of drinking begins, which surely leads to addiction.

Today, 90% of teenage population had used alcohol, 50% had used marijuana, 17% tried cocaine, and 12.5% had used hallucinogens.

If you think that you may have an alcohol or drug problem there are many sources of assistance that may be available to you, such as: 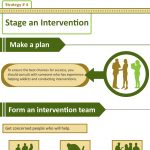 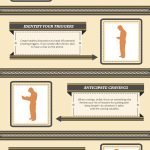