Nowadays, it seems like everyone is on social media. All these people are posting about their 'lifestyles' all over Insta. Amazing moments shared in a few seconds on Snap. Fun stories to view on Facebook.

With so many people using these platforms it becomes harder and harder to differentiate real life from falsified reality. This makes it difficult to know what life is really like for others.

Becky has such a cool life! She is always posting about the parties she goes to. She has the coolest life! I wish I could be just like Becky! This is what Becky wants you to think. Becky shares her drinking and partying to get attention and like. Becky's lifestyle may just be a facade but, the influence she has is real.

Reality is Not What we See

We see these influencers and superstars posting there amazing lives online for us to see through their social media accounts. Glorifying their lifestyles to those who follow them. What most people do not realize is that most of what we see on Social Media is not real. A lot of it is staged. That is hard for some to grasp.

Their fans see this and think that this is how you live if you are cool. If you want to be an influencer, this is how you have to live. But in reality, a lot of these influencers are being paid to advertise this lifestyle.

They are getting product placement money to push this to their fans. Fans see it and they think they have to be just like their favorite stars. They aren't always consuming all this alcohol. But, due to contracts and promitions, they push this lifestyle online. This is advertisement. This type of advertisement is all over social media.

Alcohol in the music industry

Rappers creating their own drinks. Whether it is Drake promoting Virginia Black Bourbon or Pit Bull pushing Voli Vodka or even Diddy endorsing Ciroq. The trend of promoting alcohol is popular.

Post Malone is a very popluar Hip Hop/Pop artist currently. His fans are typically teens. They see him promoting the company and endorsing their alcohol through social media. Bud Light has gone as far as putting an advertisement in front of some YouTube Influencers videos that is a a concert over an hour and a half.

In this video advertisement it shows their favorite artist promoting and drinking the alcoholic beverage. Later this year, Bud Light is releasing a special edition can with the Rapper's face on the can. If this is not for the teens who enjoy his music, who is it for?

YouTuber Influencers are all over Instagram, YouTube and Snapchat. Here, they post about their amazing nights. They all get together and party. They make videos of them drunk or drinking. They take photos of them with their beverages.

A lot of the followers of these influencers are preteens. These children are seeing their idols getting wasted and think, I need to do that to be like them! Maybe they sneak alcohol from their parents liquor cabinet to post to their own social media.

Now, their friends see them being 'cool' like their idols. The only way to be cool like that is to be like them. This leads to more and more kids drinking underage. According to the Institute on Alcohol Abuse and Alcoholism, around 22 percent of children have consumed some sort of alcohol by the 8th grade. That number shoots up to around 46 percent by the 12th grade.

These numbers are alarming. It is easy to see the connection influencers have on these statistics.

Stars and Influencers are not all to Blame

Yes, it is a big deal that so many of these stars are promoting this lifestyle. But, another big influencer is the people closest to us all on social media. Friends and family.

We see parents, cousins, aunt, uncle, friends and even granparents posting pictures and video of them at social gatherings enjoying drinks. This makes is seem like the norm.

To have fun, we must drink. Even Grandma gets down on a cranberry and vodka. That sounds tasty. So, obviously in order to enjoy yourself, alcohol has to be present.

What is in those giant coolers a the BBQ? Sodas, water and beer typically. That picture Uncle Tom posted of that loaded ice cooler filled with his favorite beer looks so inviting.

Maybe it's a cousin that is looked up to. They are in college. Every night it seems like they have the best time. They are always sending snaps of them at frat parties getting wasted. Smiling, laughing and having the best time. The way they have obtained this, according to social media, is by drinking.

This is what we see. No one is posting their hangover pictures. They aren't sharing the aftermath of excessive alcohol consumption. Where are the hangovers? Where are the posts about the bad decisions made that night that were an effect of the alcohol.

Who would not want to live their best life? According to social media, that can be obtained by drinking.

If you, a family member or friend are battling alcoholism, their is help out there. Visit Real Hope for more information on how the seek help. 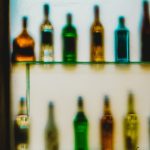 5 Signs Your Loved One Has an Alcohol ProblemAddiction 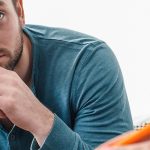 The Truth Behind Addiction – Real HopeAddiction